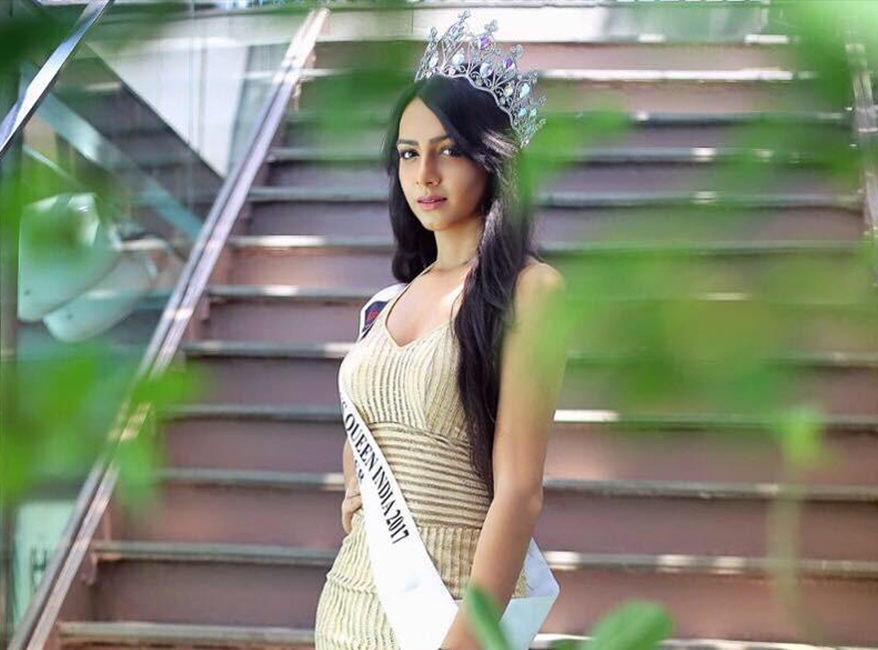 “For as long as I can remember, I couldn’t identify myself as a boy. But I kept mum because I didn’t want to bring shame to my family. But everything went awry when I lost my mom to cancer. I was in the 6th grade, & as a 12-year-old I felt grief, guilt & disconnect, altogether. Unable to process my emotions, I came out to my brother; I said, ‘I’m a girl; I’ve always been one.’ He didn’t react the way I’d hoped. I wanted him to say he’d be there for me, but instead he said, ‘It’s a phase, you’ll get over it.’ That didn’t help my sinking self-esteem, but still, it felt liberating to refer to myself as a girl. So, I came out to Papa too. Papa was a strict government official; when I tried telling him about my sexual orientation, he refused to listen. He didn’t want to accept the fact that his ‘son’ was a ‘girl’. Even when I told him I wanted to pursue fashion, he pushed me to give competitive exams. Initially, I tried, but it wasn’t me. It’d taken me time to come to terms with my own identity, I didn’t want to lose myself again. So, I moved to Delhi under the pretence of studying fashion, but I actually started transitioning. I researched & finally settled on a doctor. My physical transition started when I was 17 but mentally, I’d been there since birth! By then, my brother had come around, so he’d visit me & take me to therapy but other than that, I was by myself. The days I woke up alone after a surgery were the worst–Papa refused to speak to me. Even after my last surgery, when I saw myself as myself–a girl, there was no one around…but it was still a happy day. So in 2017, when I came across a pageant for the transgender community, I went for it. Between doing shoots & walking the ramp–I felt at home. The little girl in me, who secretly enjoyed dressing up was so happy. There, I saw so many others like me. Some who were fortunate to have support while some whose journey was tougher than mine. I realised I wasn’t alone. The cherry on top was that I won! I called Papa that day & to my surprise he said, ‘Kaisi hai meri beti?’ I burst out crying. That acceptance coming from him meant everything to me. And that’s all we want–acceptance & a little bit of kindness.” 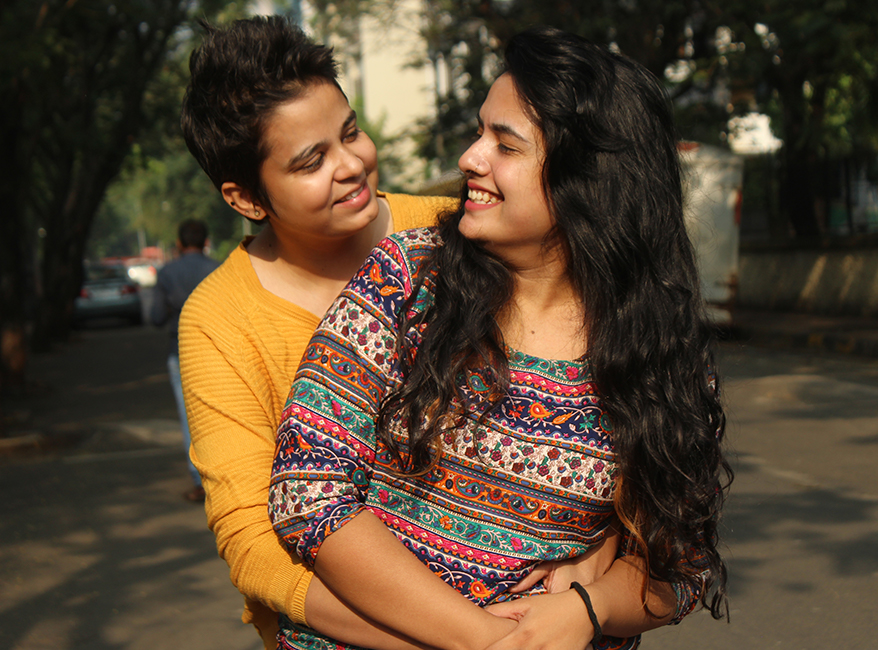 “How often does it happen that you see someone for a fleeting moment, but can’t get them off your mind? It happened to me 3 years ago. I was in the elevator when a girl entered-she was stunning! Before I could say anything, she got out. I never forgot her. 3 years later, I moved to Bombay–I was sharing a flat with 3 girls. 2 of them had moved in, we were still waiting for the 3rd. And then, one evening, I came home to her...the elevator girl standing in my drawing room. I couldn’t believe it; I had butterflies. I introduced myself–her name was Tanu. After speaking, I realised that she was my 3rd flatmate. ‘Fate brought us together’ I thought & blushed. The next day itself we fell into a routine-we’d cook together. We also had similar taste in music & we loved chai! So, every night, over chai, we’d discuss our past & share our dreams for the future. 2 months went by in a whirlwind of exchanging music & getting ‘high’ on tea until I asked her out. For our ‘1st date’ we went for a walk on the beach. There, I got down on one knee & said, ‘I love you. Will you be my girlfriend?’ She said ‘Yes’ & we kissed. Ever since our relationship has only grown stronger. Tanu confided in me about coming out to her parents & how they chose to stay in denial. I’d faced similar treatment at home; my parents had asked me to ‘seek help’. Many around us loved to take a jibe at our relationship. But Tanu & I didn’t care. Tanu makes everything better. She gets me flowers & if I feel low, she makes me chicken curry. We never go to bed angry, & even if we do, I wake up to ‘Hoshwalon ko khabar kya’ playing in the background. It’s Tanu’s way of saying, ‘Let’s make up.’ And she is so thoughtful…This year on Valentine’s Day, Tanu booked us a campsite! Being in her arms, under thousands of stars felt... right! It’s been 11 months since we’ve been together & everyday, I thank the Universe for it’s serendipity–that’s the only reason a stranger I bumped into in the elevator is now the love of my life. It was undeniable.” 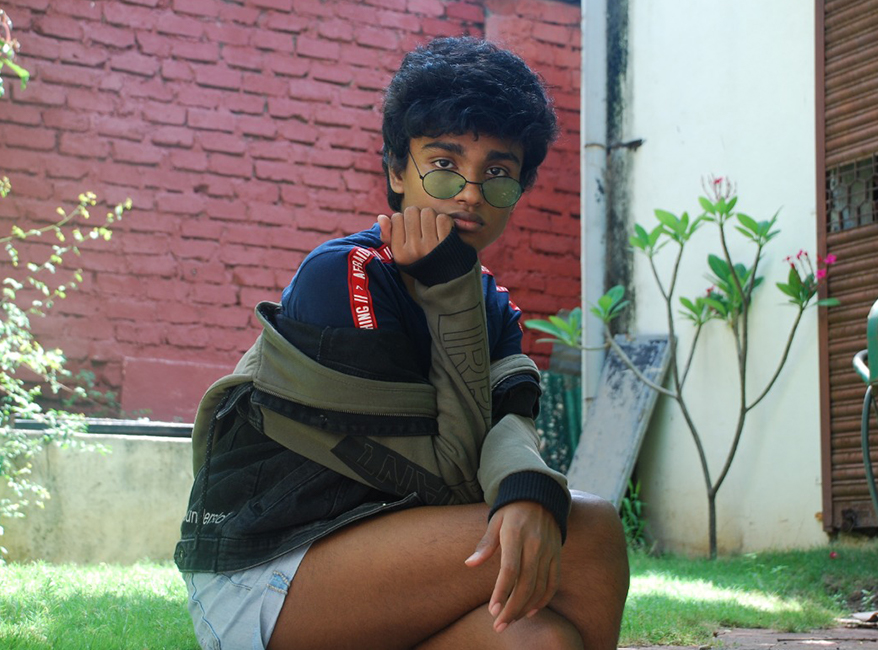 “Mom caught me while I was texting my boyfriend– his message popped up on my mobile, ‘So, what time is our date?’ Mom was sitting right next to me– I knew she’d read it. Before I could give her an explanation, she asked, ‘Are you gay?’ I was stumped. Most of the coming out stories that I’d read online were cry-fests; tears of disappointment and disgust followed by a lot of questions from parents. So I casually said, ‘I don’t know, maybe?’ and waited for her to lash out. But mom just nodded and smiled. I was surprised she had nothing to say, but also a bit relieved. After that day, we haven’t spoken about it; there hasn’t been a need to. I bring my boyfriends home, even introduce them to family and they’re just… chill about it. My mother normalised it so much that I got the confidence to come out on social media. Last year, I posted a story on Instagram– about 90 people saw it and literally everyone congratulated me for finally coming out. Zero negative comments, can you believe it? I even connected with others from the community and joined discussion groups. Through them, I found out about the Pride Parade and a few months later, my friends and I attended it– there, I met a lot of people whose coming out stories weren’t as easy as mine. A few had been cut off from their families, some were thrown out of their houses. That’s when I realised how privileged I was to have such a supportive family. I decided to give back to the community in my own little way– I created a page on Instagram to normalise these discussions. I share poetry, artworks and profiles of people from the LGBT community. After high school, I want to prepare for civil services exams and become an IAS officer; that’s the stepping stone to becoming the first out and proud gay politician of India. Someday, it won’t be a crime in India for two individuals to get married, irrespective of their gender and I want to be in a position to make that happen. I mean look around– we have all kinds of problems that need our attention… love can’t be one of them.” 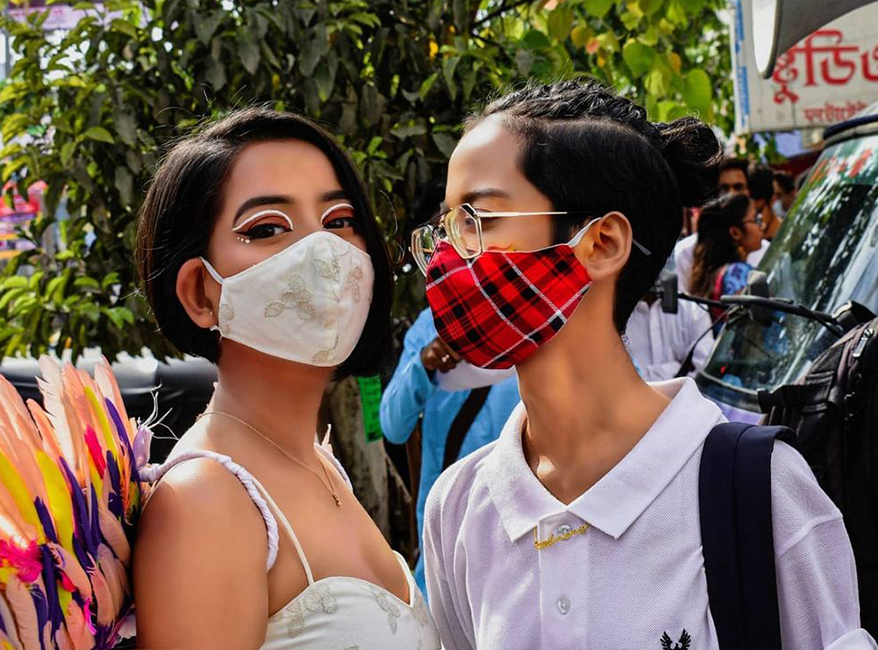 At 5, my uncle sexually assaulted me; 2 years later, I started developing schizophrenia symptoms. I always knew I wasn’t straight but didn’t have the words to describe what I felt. And when I turned 15, I was diagnosed with OCD & schizophrenia; I grappled with my body while trying to deal with my sexuality for a long time. By the time I turned 18 I had made up my mind, I came out to my family through a letter. My family supported me and they accepted me with open arms! Not long after, I met Aneez on Facebook! She held my hand through all my worries & anxieties; her love healed me. 5 months into dating, we fell in love! And a year later, Aneez also came out to her family; we made our relationship public. Soon after, we attended our first pride parade together as a couple! And last year, we joined an NGO to help the queer community. She makes me want to be the best version of myself and we’re growing together! We get a lot of hate simply for being in love; But how is our love any different from anyone else’s? It’s us against the whole world! 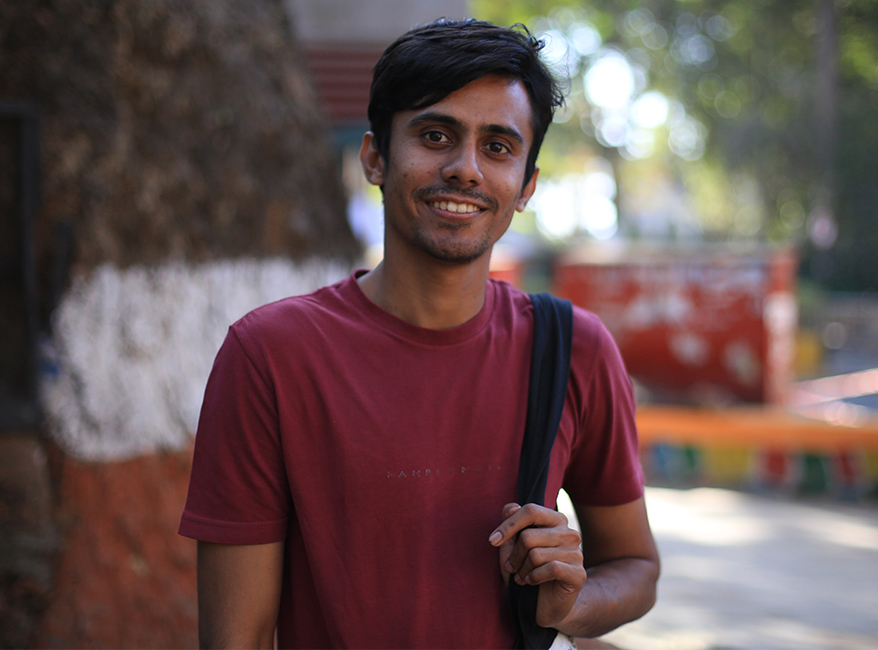 “School was hard. Kids made fun of my hand gestures and voice and called me ‘baila’ and ‘meetha’. When I complained to my teacher, he laughed at me and said, ‘first act like a man, then they’ll stop teasing you.’ I often got into fights with kids who teased me–I’d abuse them back. I didn’t want them to get away with it. The bullying reduced when I went to college. I had my first boyfriend–he was from another college. I still told no one about it. We’d take pictures and post them on a private account. But somehow, those pictures got leaked and my entire college found out. My friends kept asking me questions and I made excuses and told them the pictures were for a film project I was working on. I told them I have some work and started walking away. But just then, a voice in my head told me to just come out to them. So I went back and told them everything–about this guy, my sexuality; everything. They were so supportive. They told me that they love me and that all these things don’t matter. After that, I was more comfortable about coming out. I started attending more pride parades, and whenever someone asked, ‘are you gay?’ I’d say, ‘Yes, I am!’ I wasn’t afraid any longer. I even started working with an LGBTQ organisation that helps connect our community to counsellors. Once, an autowala recognised me and told me that he himself is a cross dresser and part of the community! The next day was the parade, and this person dressed in a shiny dress and makeup taps my shoulder, and says, ‘Hi sir, kal main tha auto mein!’ I was shocked–he looked beautiful! Things are a lot easier now–I’m working closely with the community. I want India to recognise us and I want all the bullying to stop. I myself am from a conservative family and haven’t told my parents yet. They know about the work I do but don’t say much–I think they know. I don’t know what’s to come, but at 29, I finally feel like me.”