5 sports stories that will motivate you to sweat it out!

5 sports stories that will motivate you to sweat it out!

In sports, we witness a lot of exciting stories about athletes who excel and make a name for themselves. However, it is the stories of athletes who have turned their hardships into inspiration that have the real flavour and something one can take hope from.

Here are 5 such inspiring sports stories that will motivate you through the week. 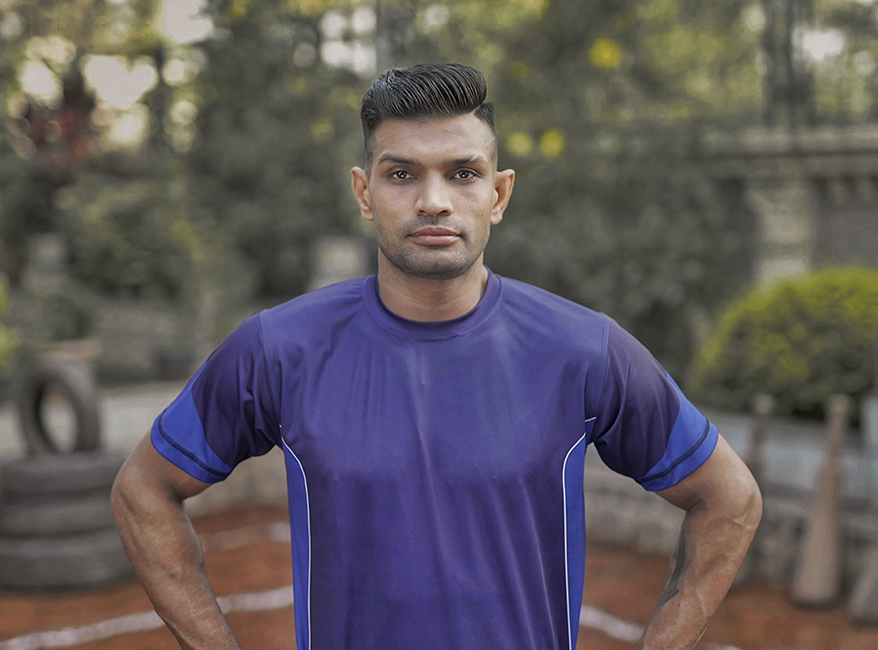 Every evening, I’d watch my students play kabaddi; in school, I’d play with my friends but never pursued it. I thought, ‘What if I play again, koi umar thodi hoti hai khelne ki?’ So, I’d wake up at 3 AM, practice till dawn, teach, toil in my farm & then train till dinner. I’d even play under the streetlights. I trained for 2 years & began looking for a coach–my friend’s brother offered to train me for free. I was soon picked up for state-level tournaments. I’d play 10-12 matches a month & make Rs.30,000. But it was tough juggling my job & training, so I decided to pursue kabaddi full-time. During one of my matches, I was auctioned for 12.6 lakhs for Pro Kabaddi! I never knew money like that! Side by side, I even pursued my Bachelors degree. After the South Asian Games I was declared Captain of India for the 2016 Kabaddi World Cup & this year, I received the Arjuna Award. My sister watched me on TV–she was so happy. My village welcomed me with band-baaja! When I joined Pink Panthers, I was auctioned for 1.15 crores. Now, I can help other kids like me–I’ve distributed kabaddi kits in 7 villages & want to build a training centre. I’ve finally bought a bigger home too! My only worry is that kabaddi doesn’t receive the recognition it deserves; we’ve won more gold medals than any other sport but no one cares. So I’m going to change that–mehnat na karne ke bahaane 100 hote hai lekin, mehnat karne ka sirf ek.” 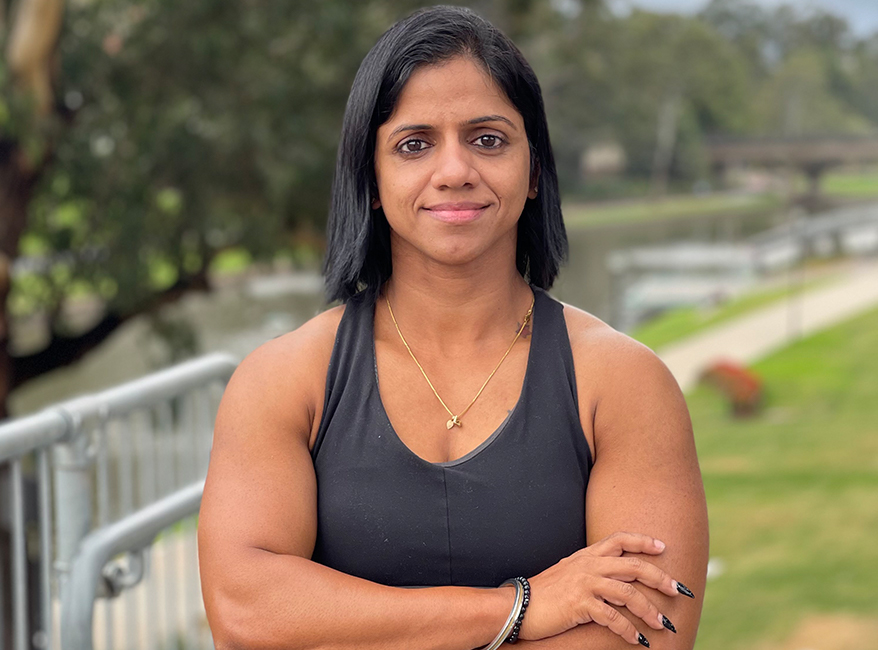 “I was a sporty kid but my parents used to say, ‘If you hurt yourself, no one will marry you.’ Still, I’d skip my Bharatnatyam classes to attend Taekwondo training and then play cricket all evening! When I told Dad that I wanted to be an athlete, he said, ‘You’re a girl, you should pursue a more respectable profession.’ So, I studied to be a gynecologist. Once, In college I was ragged by a male senior; he asked me what my hobbies were. When I told him I play cricket, he challenged me to a game…and I won! Despite having a hectic schedule, I’d still play. After college ended, I was married and within a year, I became a mom. I was earning a six-figure salary, but I began losing myself. I broke down one day thinking, ‘This isn’t me.’ I joined the gym and lost nearly 20 kgs in a year. My coach was impressed and said ‘Why don’t you try bodybuilding?’ I liked lifting weights, so I agreed. I decided to participate in a bodybuilding competition and my husband encouraged me, while my parents and in-laws said, ‘You’ve got a stable job, what’s the need?’, ‘Bodybuilding doesn’t suit a mother.’ But I wanted to do it for me. So, I began training. I was still breastfeeding my daughter, and at times was working 36- hour hospital shifts. But somehow, I’d still hit the gym. It was exhausting, but I loved it. It took me 2 years to get on stage for the first time–I’d never felt so powerful in my life! I found out that there’d never been an Indian female bodybuilder in the last 25 years. I wanted to show that an Indian woman could do anything.So for 8 months, I’d train from 4 AM to 7 AM, drop my elder daughter to school, cook, and then leave for the hospital. After putting my kids to bed, I’d train from 10 PM to 1 AM. My hard work finally paid off - I won the IFFB 2021 Australasian Championship! I became the first woman of colour to have ever contested on Australian soil! 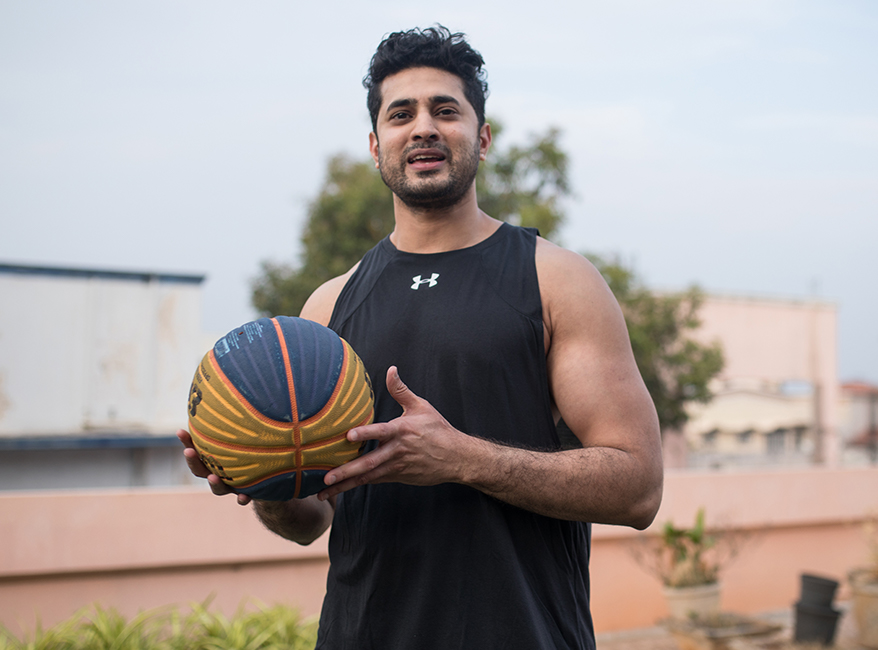 “Being a short, fraiI Indian boy growing up in the US, I was bullied; I’d get picked last for any game. I was 7 when one day a ball rolled to my feet–‘Basketball ain’t for Indians,’ the jocks yelled. So I challenged myself to learn basketball. I’d practice for hours, even during lunch break. I was asthmatic, so I’d run out of breath & feel dizzy. But I pushed myself; over time I began to love the sport. A year later, I lost my balance while playing; the fall was so bad that people thought I died. I couldn’t play for 2 years. So after high school, I flew back to India. Mom would urge me to play basketball again. I was so stuck on my ‘American dream’ that nothing else felt enough. So I didn’t play for 14 years. Instead, I dabbled in acting & entrepreneurship. However basketball was always at the back of my mind. I decided to pursue it again at 33, but my body just wouldn't cooperate. Everytime I broke a new bone, I pushed myself to not give up. Finally in 2018, 3x3 Pro Basketball League signed me! But I tore my knee again–my doctor told me I wouldn’t be able to jump. I was bedridden. At 36, I’m finally ‘living’–I'm acting, playing basketball & beating players half my age! I’ve ditched the inhaler, I lift the heaviest dumbbells & I’m jumping again! I’ve realised that success can be found when you least expect it, & age is not a bar if you want it badly enough!” 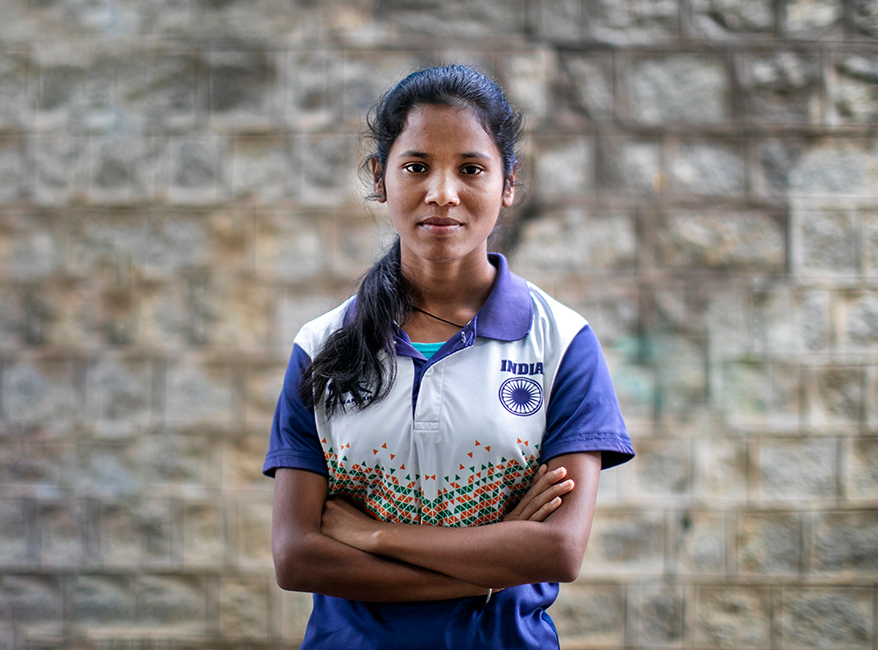 After papa’s accident, he couldn't work for weeks. He took up odd jobs to make ends meet, but he didn’t make enough to feed 5 mouths. When I turned 10, my sister asked me to try sports, ‘This could be our only shot to escape poverty.’ I knew I had to do something to help my family. So, I started going to the ground, hoping to be spotted by a coach. There was an army man who’d trained other youngsters in our village, and luckily, he took me under his wing. He said I could do well in walking–I had no clue that race walking was a professional sport. I started training–every morning, I’d walk 10-15 kilometres and then go to school. I pushed myself to the limit; practised day and night to get better. After 6 months of training, I cleared the trials at the Sports Authority of India. I was overjoyed, so were my parents! My parents couldn’t afford training shoes for me, let alone rail tickets to travel to tournaments in other towns- my coach chipped in to buy me the gear. My life turned around when I reached the hostel. I was bagging the top spots in my age-group and even got a sports scholarship of Rs 10,000 a month! I’d send all of it to Papa. In 2019, I was shortlisted for a race walk at the Asian Athletics Championship in Hong Kong. I was so happy and proud to represent my country abroad! Today at 19, I’m pursuing a degree in physical training and have been signed by the World Juniors. 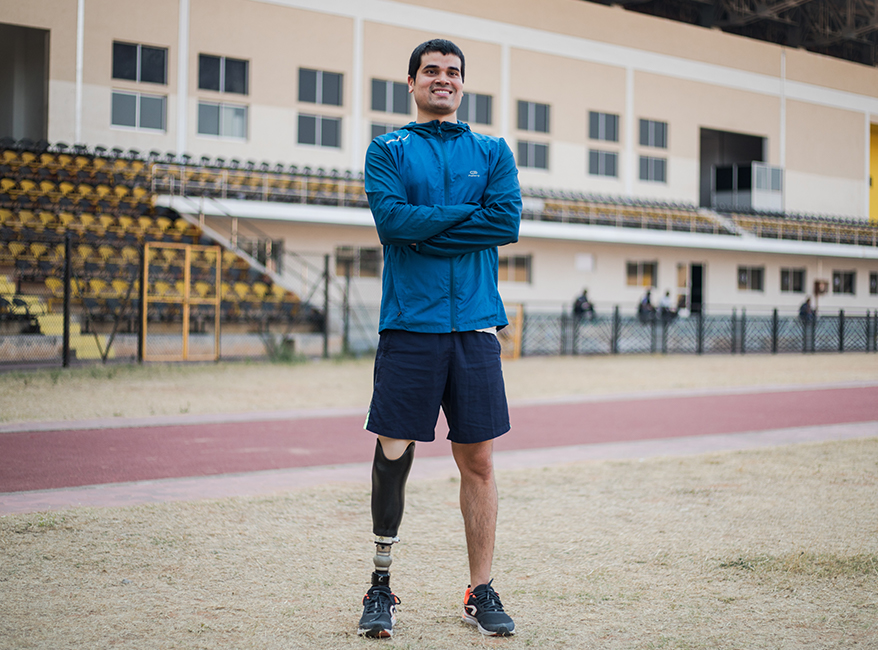 In 2011 when India was playing the World Cup finals I took the train to reach home faster.A few minutes later due to the rush I got pushed out of the train. Everything happened in a second. All I remember is being stranded on the tracks, my right leg bleeding profusely. My father rushed me to the hospital. I lost consciousness and woke up a day later. My first question was, ‘Did India win?’ I was elated to know we had! But when I tried to get up, I couldn’t…Papa held my hand and said, ‘Your leg was damaged, we had no option.’ I lifted my blanket and there it was...my amputated leg. Just like that, at 19, my dreams of being a sportsman crashed. Papa got a wooden prosthetic for me. He helped me practise walking for an hour everyday for a month. Meanwhile, Papa got to know about advanced mobility prosthetics, but they were really expensive. Just as we were exiting the store, the manager told us about para-athletes and said, ‘Let us sponsor these prosthetics and the training for you.’ I jumped at that opportunity! I started training the next day itself. I’d train for 4 hours a day–be it relay, sprints or long jump. The prosthetics would cause blisters, but I was just so happy to play–I’d found a purpose again. A year later it paid off–I represented India in Africa for sprints and I brought home 2 medals. Since then, I’ve been representing India all over–I even participated in the Asian Para games. Eventually, I completed my education, while getting a fully funded degree in sports management from South Korea.

For more such stories Click Here
Share:
Prev post “If an underdog 5-pointer can do it, anyone can!” Next post ” When I told mom we were going to UAE, tears started streaming down her face”