Inspiring Moms Who Are Reinventing Motherhood!

What can you say about mom? The list is never ending! They are courageous, motivating, selfless and more than words can describe. Here are three stories that demonstrate their motherhood and unconditional love.

When Ishanvi was 2, I first saw her dancing to ‘wheels on the bus’ in nursery school with so much enthusiasm - I knew I had to encourage her! We danced together every day after she was back from school and I from a long day at work. We even started our own Youtube channel - we’d practice for hours before recording it for and even after we are done, if she hears some song I'm playing, she wants to dance on it. Ishani gave her kathak examination last year. She easily learnt the practical part of it, the challenge was teaching her the theory for the oral exam. I used to see her mumbling answers even when she was sleeping. We were waiting outside the door when she went in for the oral exam with other kids. Once they finished, she came running out loudly saying she had answered everything! She says she wants to be a doctor and dancer like me when she grows up! Recently one of our videos hit 50 million views on YouTube. Ishanvi doesn't understand the numbers. When I ask her to guess how many views we have, she says one hundred thousand. Because according to her, that's a really big number. She's oblivious to the response and love she is getting. She just dances for the love of it.

“I remember being mesmerised by Sushmita Sen when she was crowned Miss Universe. At 3, I wanted to own the stage like her. Maa loved playing dress up with me–she’d put makeup on me & we’d have a pageant of our own. But with time, she pushed me to stop watching pageants. She wanted to make a man out of me. So one day, when she saw me wearing her dupatta & makeup, she yelled–‘Big boys don’t do this!’ But honestly, I was neither here nor there. I was okay at sports but I enjoyed performing to ‘Mera piya ghar aaya’. Later, I realised I was queer! By then, I was already being referred to as a ‘chakka’ in school. So, to rebuild my image, I got into a law school & made my way to Kolkata. My parents were happy–I was doing what they wanted. But the real motivation to move out was to explore my sexuality. Around the same time, I began watching a reality show on drag queens. I craved to have the kind of flamboyance the participants had. Thankfully, college opened up a lot of opportunities for me–I also got to do theatre & be on stage. And then, one day, I mustered up the courage & bought my first dress & a pair of heels. I went home & recorded my first ever drag show. It was exhilarating, I made it a weekly affair. This gave me the confidence to show my true self to the world. So, after I got placed at a law firm in Delhi, I performed at my first drag show. When my name was announced, the curtains fell & my song, ‘I am who I am’ came along, I channelled my inner drag queen! It was my declaration to the world–this is who I am! But the next day in office, people murmured while looking at me. Later, I found out I’d been featured in a newspaper & that the fraternity wasn’t taking it well. My colleagues said, ‘Kya zarurat padh gayi thi?’, ‘Don’t spoil our name.’ I just said, ‘This is who I am!’ It had taken years to express myself; I wasn’t going to go back to pretending. So, I continued doing drag shows. And seeing my strengthened resolve, my colleagues came around & even made it to one of my drag shows. But my parents don’t know–I’ll tell them soon. I can’t wait to say the words–‘Your son Ayushmaan is a lawyer by day & a drag queen by night, but loves you just the same.’” 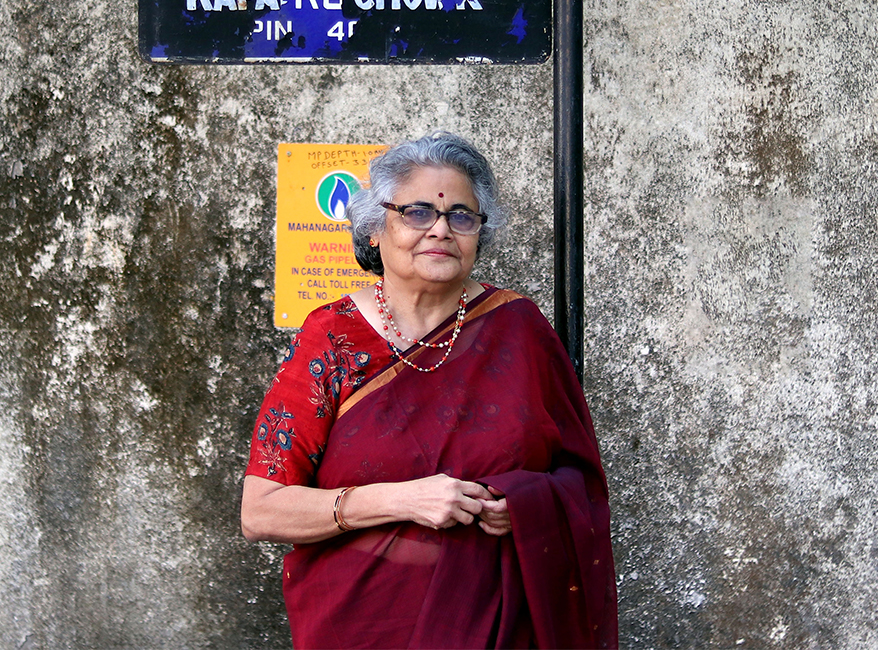 “Nawang always wanted to join the army; he loved the uniform. Once, when I replied to a relative’s ‘What does Nawang want to be when he grows up?’ with a ‘God knows!’ He angrily said, ‘I’ll become an army officer!’ He was 11. Then on, Nawang only focused on his goal. And after his graduation, he gave the OTA exam & made it to the academy. I’d miss him, but I’d proudly tell everyone, ‘My son’s in the army!’ A year later, we went to his passing out parade; I saw him in his uniform! From the ceremony, I remember the ‘Antim Rekha’ oath vividly–officers swore to detach from their family & devote themselves to India. It hit me then–my son wasn’t mine anymore, he belonged to the country. At 24, my son was a Lieutenant! After, Nawang was home for a fortnight. When he left, my eyes were moist–he’d been posted to Kashmir with the Gorkha Rifles. We’d talk everyday, those calls were my solace. Just once I missed speaking to him, when my sister was home, I told myself, ‘Kal baat kar lungi.’ The next day, when I returned from a walk, I was surprised to see my friends at home. I jokingly asked, ‘What’s the occasion?’ My other son took me aside & said, ‘Nawang was a part of the Kupwara attacks; he was martyred.’ I couldn’t process it–we were to speak that evening. I fell to the floor & broke down. All I thought of was the last time I saw him; I wish I’d told him how much I loved him. Nawang’s body arrived the next day. Instead of crying, I heard stories of how gallantly he fought. I got to know that another officer was to go in his place, but because his wife was expecting, Nawang volunteered to head the mission. That officer sent a heartfelt letter to us later. I grieved him for years. The support of my loved ones & officers from his battalion helped me heal. With them, I learnt to celebrate him. Just last month it was his birthday–he’d have turned 46! We ate his favourite cake. Nawang was in the army only for 78 days & he created history; there’s a street named after him! His void will always be there, but now, whenever I think of him, I feel proud to be the mother of someone who devoted his life to serve India, I feel proud to be Lt. Nawang Kapadia’s mother!”