Top 5 Motivational Stories to give you the right push!

We at Humans of Bombay believe that stories have the power to encourage you to follow your dreams, treat others with kindness, and never give up on yourself. Here are 5 motivational stories that will help find the power to change the way you think! 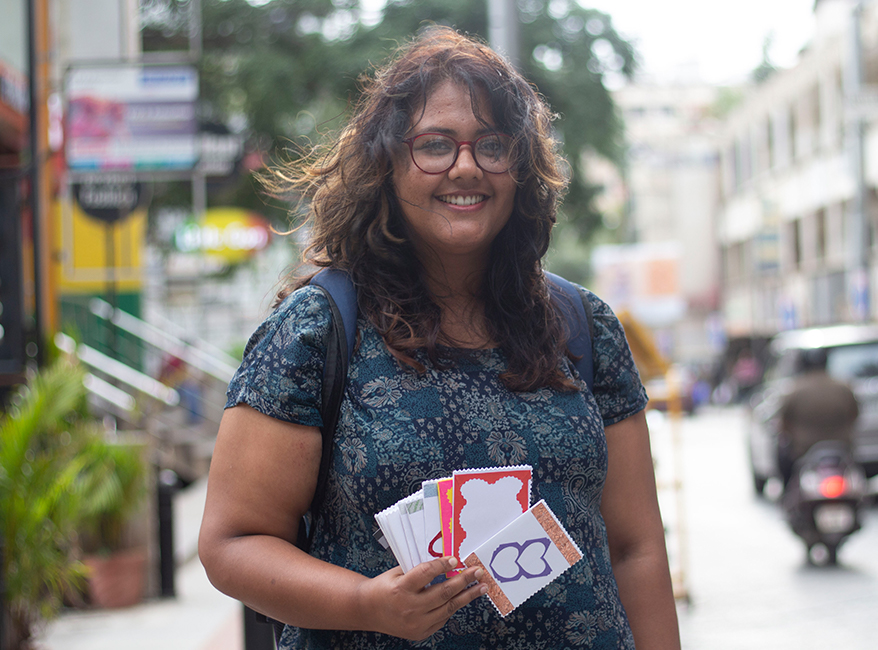 "I have a Master’s degree from London in International Banking and Finance, which landed me a cushy job in Sales and Marketing. It was in one of the reputed Corporates. My job, was to compel people to worry about their future. I had to do it, in order to sell my financial products. Insurance was the worst. I had to get people to imagine scenarios where they’d meet with an accident, or where they’d have to deal with the death of a loved one. I did this for a while, I even succeeded. But somewhere deep down, I felt a sense of discomfort. I felt like I was robbing people of their peace. So one day, I made up my mind, and said enough is enough. I quit without a plan. I took some time off to think about what I should do. I found myself observing the people around me, and their chaotic lives. The traffic, and the stress. This was nowhere close to the Bangalore I knew. Not the pensioner’s paradise I grew up in. I wanted to change that. I was always interested in arts and crafts growing up. I continue to be passionate about it. It’s been a hobby of mine for the past ten years to make cards with sweet little messages, and distribute it among friends and family. I liked the way it made people feel. I decided to go ahead and do it full time. I now sell cards with motivational messages on the streets of Bangalore. I pick a different locality each day, and talk to as many people as I can. You’d be surprised how much a kind face and a few well-meaning words can help complete strangers open up themselves to you. I love listening to people, and their stories. I even pray with them at times. Sometimes it’s the small day-to-day issues that bother people, and other times it’s something as major as depression. Although this city is bustling with people, if you look closely, you can spot loneliness on many of the faces. There was a girl who confessed to me that she was terribly lonely here, and that she wasn’t able to cope with it. She spoke to me and prayed with me for a few days until she felt better. They find it easier to talk to me, you know? I don’t know their history or background. I treat them without judgement, as just a fellow human. I try to restore faith in people that the universe will eventually balance itself out. There will be good times to cancel out the bad times. It makes me happy to think that I once used to sell fear, and now I sell hope! " 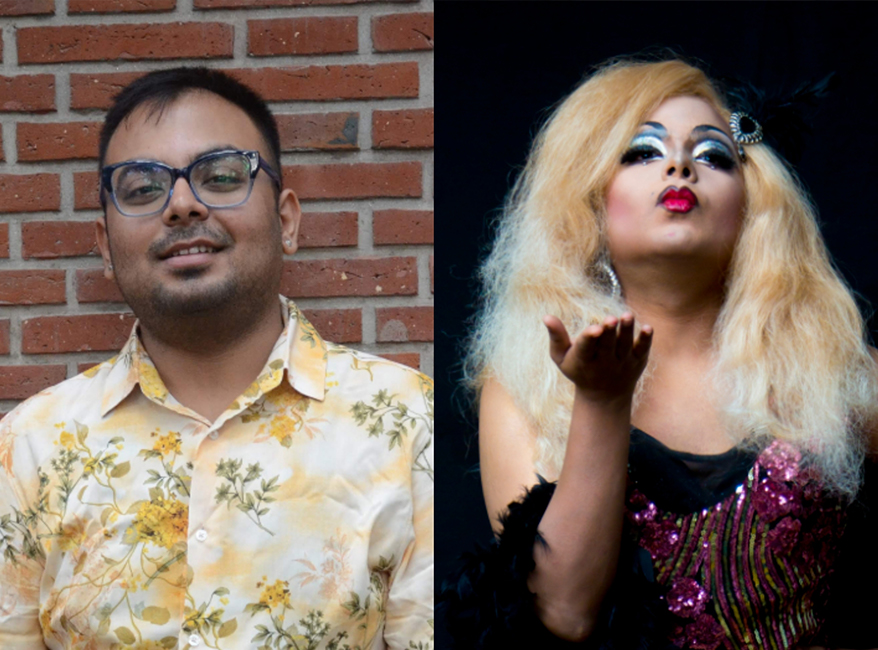 “I remember being mesmerised by Sushmita Sen when she was crowned Miss Universe. At 3, I wanted to own the stage like her. Maa loved playing dress up with me–she’d put makeup on me & we’d have a pageant of our own. But with time, she pushed me to stop watching pageants. She wanted to make a man out of me. So one day, when she saw me wearing her dupatta & makeup, she yelled–‘Big boys don’t do this!’ But honestly, I was neither here nor there. I was okay at sports but I enjoyed performing to ‘Mera piya ghar aaya’. Later, I realised I was queer! By then, I was already being referred to as a ‘chakka’ in school. So, to rebuild my image, I got into a law school & made my way to Kolkata. My parents were happy–I was doing what they wanted. But the real motivation to move out was to explore my sexuality. Around the same time, I began watching a reality show on drag queens. I craved to have the kind of flamboyance the participants had. Thankfully, college opened up a lot of opportunities for me–I also got to do theatre & be on stage. And then, one day, I mustered up the courage & bought my first dress & a pair of heels. I went home & recorded my first ever drag show. It was exhilarating, I made it a weekly affair. This gave me the confidence to show my true self to the world. So, after I got placed at a law firm in Delhi, I performed at my first drag show. When my name was announced, the curtains fell & my song, ‘I am who I am’ came along, I channelled my inner drag queen! It was my declaration to the world–this is who I am! But the next day in office, people murmured while looking at me. Later, I found out I’d been featured in a newspaper & that the fraternity wasn’t taking it well. My colleagues said, ‘Kya zarurat padh gayi thi?’, ‘Don’t spoil our name.’ I just said, ‘This is who I am!’ It had taken years to express myself; I wasn’t going to go back to pretending. So, I continued doing drag shows. And seeing my strengthened resolve, my colleagues came around & even made it to one of my drag shows. But my parents don’t know–I’ll tell them soon. I can’t wait to say the words–‘Your son Ayushmaan is a lawyer by day & a drag queen by night, but loves you just the same.’” 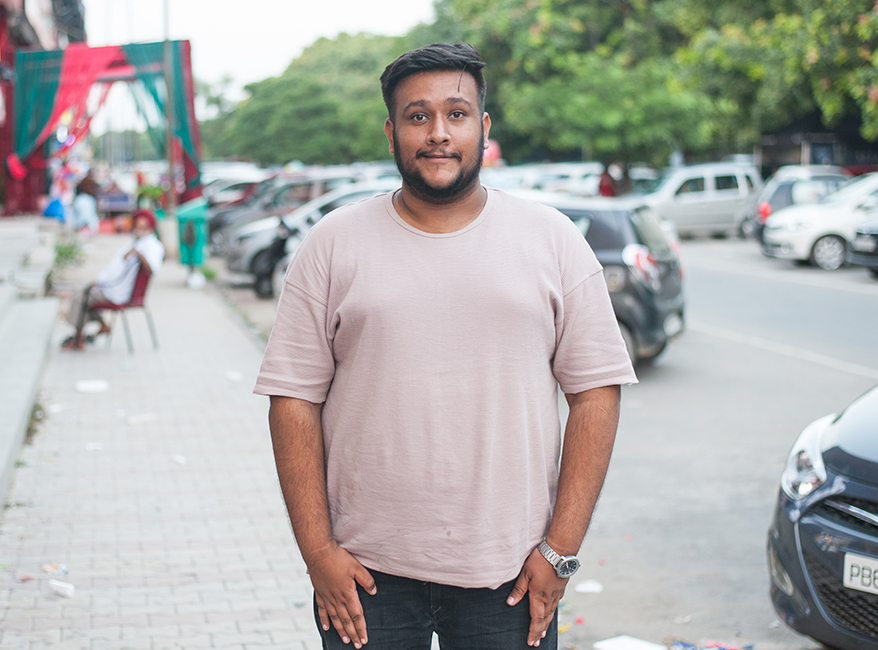 ‘I don’t believe in any of these definitions and boundaries the society sets for us. I graduated as a doctor from SN Medical College, Jodhpur and am also a fashion stylist and model now! I am doing my internship at a Government hospital in Jodhpur and side by side, I also model for some brands and even got a call for an opportunity for Lakme Fashion Week next year. I just want the world to know that a fat guy can also be stylish! I get some hate mails full of body shaming too but amidst all the love and acceptance it doesn’t bother me. I want to create a comfortable and safe space for people of all sizes to love and flaunt themselves! 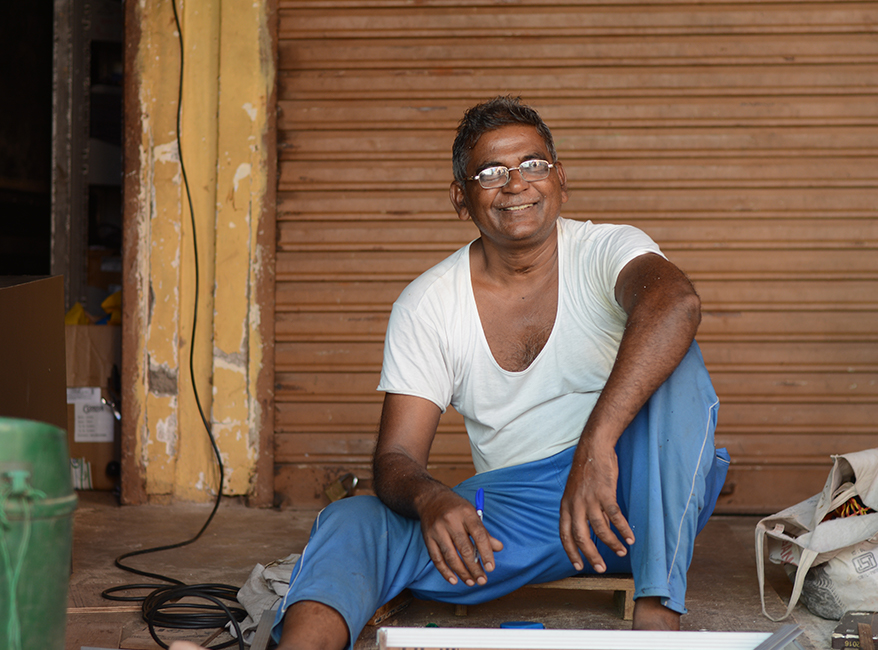 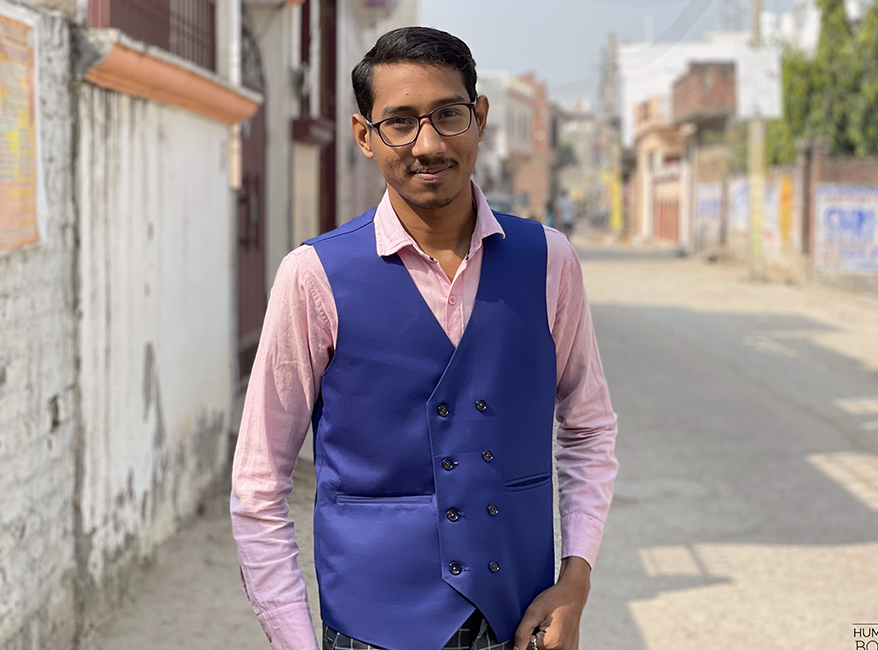 “Ever since I was a kid, I dreamt of becoming a doctor– After my 12th boards, I joined a NEET coaching centre to prepare for my medical entrance tests. But papa was an alcoholic– he suffered a stroke and succumbed. Life turned upside down; our savings vanished within weeks. My siblings ran a kirana shop, but with a monthly income of 5000 Rs, it was impossible to feed 10 mouths. We had to cut down on our expenses–my coaching classes took the first hit; there was no way we could afford 1.5 lakhs. Added to that, Maa fell sick– we couldn't even afford her medicines. I started looking for a job desperately, but nobody wanted to employ a 12th pass. I was sharing my worries with a friend, when he told me about an app called OneCode where I could at least buy Ma’s medicines for cheaper– what would normally cost 500 Rs. was available for 410 Rs. For me, every single penny was important, so I signed up. A few weeks later, I found out that if I became an agent with the app, I’d be able to make money as well; all I had to do was to convince others to join the app! So I’d go door to door and from shop to shop convincing people about the benefits of the app. On most days, I’d work 16 hours a day; I even travelled to other cities. From making a few thousands initially, in a year I started making 40,000 Rupees a month! It was a very big deal, I’d never seen money like that before. I saved every penny to make sure Maa got the care she needed. After Maa’s recovery, I started putting money aside for my education. I didn’t have enough for my MBBS, but I could put together enough money to pursue my D pharma– after 2 years, I finally got back to my education. I continued being an agent on the side to fend for myself. Just a few months ago, I bought a bike and a mobile phone– Now, I can call Maa and speak to her whenever I feel like. I even contributed to my sister's wedding– Maa was so happy, she hugged me tight and cried. Honestly, these last few years have been tough, but I look at it as a ‘real-life college’– over these 2 years, I’ve learnt to hustle and make the best out of a bad situation. There’s nothing better than a life experience like this to teach you that there is always a plan B and that in the end, it does get okay.”